Founded in January 2017 and Charted as the 75th Chapter of the Antique Motorcycle Club of America in May, 2017 .

This Chapter has a lot of  Motorcycling History in it. We have 33 Founding Members.  I know a few are at a minimum 75 years of age and that they have been evolved with some aspect of the motorcycling nearly as long.  Some have ridden around the world, many in a number of different countries, most from one side of this country to the other and up into Canada, Alaska, down into Mexico and other places I have not heard spoken about yet. Many have witnessed and experienced these machines over many years plus the stories of their parents who were real pioneers of the sport. I wish I could sit down and listen to each ones story.  I bet they all have something amazing to tell.  It’s a shame that we do not have the time or a way to gather and hold on to it all.  It makes me sad at times. So what I am about to tell you here is what I myself remember doing to get this chapter going to the best of my knowledge.

It all started one Friday night after a long day at the Mecum motorcycle auctions being held at the South Point Hotel, which they hold there every year and is one of the largest motorcycle auctions held in the country. During this time many AMCA members gather here to sell or purchase motorcycles being sold.

Mr. Keith Kizer chief operating officer with AMCA National was running the membership booth during that time, talked a bunch of local area members into have a meeting to see if they were interested in starting a Las Vegas Chapter. So that Friday night Keith was able  to get about 16 people to sign a petition to get the paper work started for a new chapter here in Las Vegas.

Keith gathered a few more signatures for the petition on Saturday at the auction, which is when I met Keith for the first time. He wanted me to join national as a member and he proceeded telling about the meeting that was held the night before. We talked for some time and I was excited about getting this going and moving forward. At first I was skeptical about joining the group because I thought they were strictly focused on American made bikes, which they were when first started back in the fifties. I myself owned mostly Japanese and some European brands. Keith assured me that it was not that way in the club any longer. (which is correct)

So I was hooked and I told Keith I would do whatever I can to get this started. Before leaving Keith gave me a phone number for a Mr. Pete Boyd. He stated Pete was the spear head from Friday night’s meeting and I should try and contact him. Well about a month went by with a lot of emails between me and Keith and there was a lot between Pete and Keith. We were  trying to get our petition with National certified that we had 15 signatures that were members in good standing, so national would give us their blessings to move forward to the next step. About a week into March Keith called and said we could move forward to the next hurtle. He also asked Pete and me to decide which one of us would be the lead man from now on. Pete and I talked some, he stated he was very busy with his work and most likely could not move on things as quickly as I could at that time. I had no problem with that and Pete said he had my back if needed.

Now came the fun. For the next month or so the only contact I personally had these members was though emails back and forth. Really I had never even met Pete face to face.  So now the challenges I need to over come.

1. Get everyone all together in one place at the same time!!! From around the valley.

2. Agree to a time, place and a day when all could meet.

3. Gather all the information, paper work from the state and city to be able to start a Non-profit Organization required by National. Plus have the cost figures in hand for when I do address these people for the first time.

4. I also need at least 4 people to sign the state paper work to be board members.

So now a few more weeks go by, I have gathered all my information, papers needed and cost figures.  I also managed to secure a place to have the first meeting with the help James Williams and David Resneck who I have not met before. The meeting is set for a Thursday night at 7PM at New York Pizza at the corner of Sahara and Jones on the 23rd of March.

I went into the kitchen and told my wife the meeting is all set up: at a place I have never been, with people I have never met, to ask if some of them are willing to sign on as board members on state paper work and then I needed money from them to do this (not a small amount either). She turns to me and looks and says nothing. I am standing there thinking to myself am I nuts. I do not speak well in front of groups, and then I’m thinking what if they don’t even show up. How is this all going to play out?

Well meeting night came quickly. My wife and I arrived early. There were people there eating, some looked like they may be motorcyclists. Really Rich what type is that, I asked myself. Motorcyclists cover a wide range of people. Just sit down Val and order few slices of pizza before the meeting starts.

It’s closing in on 7 o-clock, people are moving into the back meeting room as I watch the room fill up. I wanted to walk out the front door, can I do this! Val looks over at me and says: “you wanted this”, “put your big boy pants on and get in there”, ” if you can teach college class’s you can do this” I said ” OK.. OK I’m going”.

So I picked up my brief case, walked to the front of small room which made it crowded with the people we had. I introduced myself as I opened my brief case, pulled out a sign in sheet. Asked that they pass it around an sign in. I figured if I had to speak so should each one of them. I had them tell us their name and what kind of bikes they had. This broke the nice, a number of people already new one another from past AMCA events and living in the area.

The meeting went well. We covered what we needed to. Had a few people volunteer for the board positions that we needed and voted in right then and there. The big thing that surprised me was the generosity of these great people. We ended up with 3 times the amount of money we needed to start this endeavor. These folks wanted this chapter to succeed and they showed it.

I really was honored by what just took place. We all made it happen. They voted me in as their first President ( I do have to say I was the only one that raised his hand for the position) and they trusted me, someone they did not really know before tonight with their hard earned money. That is trust and in believing in someone.

Our next meeting was in four weeks. I wanted to have the non-profit paper work completed by then and have the By-laws written up so they could be signed by the board members and any changes made. We completed this tasks and more by next meeting. We had all the paper work signed that night, had a plane in the works for our first club ride and getting T-shirts going. Membership has also grown. We are up to 29 and have interest from a few others.

The following week I talk with the state to file for our non-profit status to make sure we have everything. I find out we don’t. They also need the secretary of the club and president there when the paper work is turned in. So I called Carol Sue to meet me at state building in Vegas down town area in a couple of days, which we did. It went pretty smooth. By the first of May we had all the completed paper work down and sent in to National for approval. Actually they took the longest to do anything. They couldn’t seem to get a phone conference together so they could vote us in. They knew we were doing this months ago and they have a board member in charge of chapters. Whats the big deal?  If everything is in order, which it was. Then the head guy over seeing chapters should sign off on it, not everyone. So it takes them almost a month to sign off on this for our charter. I get word of this late in May which is great. Everyone is happy and we get to represent national at the Mecum auction in June Now.

So that’s the best I can remember how this chapter began. There may be more to it that I don’t know or remember. But since I’m the one who has had to write this. This is my story and I’m sticking to it. If you may have more information on this subject, please feel free to up date anything you may feel is incorrect or out of whack.

Thanks for reading This. Hope you enjoyed it some. 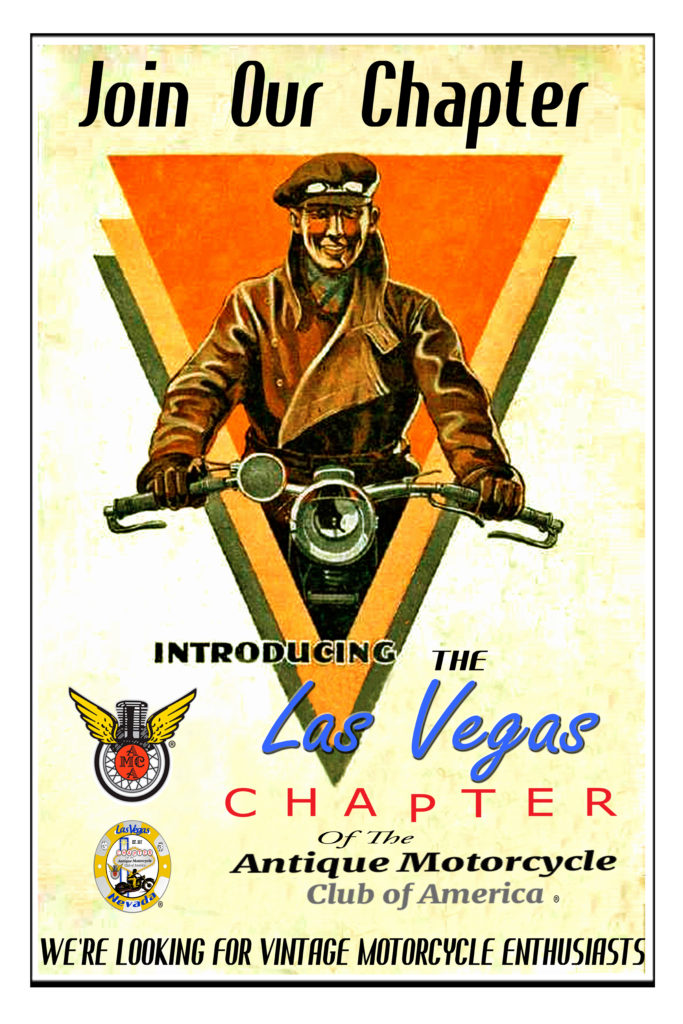 Ready to find out more?

Drop us a line today for more information.